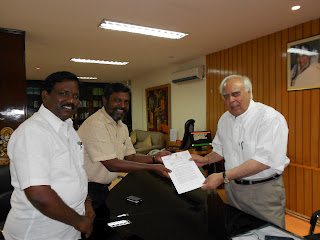 Posted by Ravikumar at 10:59 PM No comments: 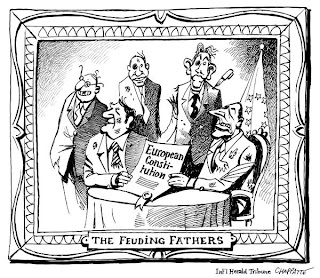 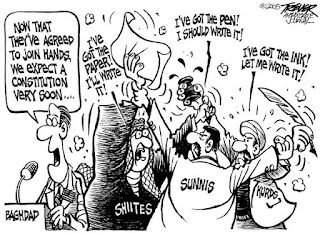 Why so much fuss over a cartoon, ask academics

Meera Srinivasan
Why so much fuss? – is what pedagogues and academics in Chennai are asking, in response to the recent political row over a cartoon appearing in a class XI textbook.
“If politicians begin dictating what should go into a textbook, are we really a democracy?” asks P. Rukmani Sampathkumar, retired head of the history department at the Madras Christian College. Observing that the issue had been blown out of proportion, she said politicians were promoting a highly intolerant approach to learning.
“Cartoons have been crucial in recording history and offering different perspectives to an issue. They make textbooks lively and the content, engaging. By banning a cartoon, our leaders have clearly suppressed freedom of expression,” Professor Rukmani said.
S. Bhavani Shankar, senior principal of Lalaji Omega Memorial International School, which offers political science, also feels that some people were “simply overreacting”. “I do not see anything offensive in the cartoon. It shows Ambedkar trying to speed up the process of making the Constitution. Textbooks are not written overnight. Each book is vetted by subject experts. A lot of thought goes into each textbook,” he said, adding: “School syllabus and textbooks should be left to educationists.”
Such cartoons, Mr. Bhavani Shankar added, promoted questioning by students and enabled lively debates in the classroom. “This [controversy] also tells us that we are losing our sense of humour,” he said.
Representing the past, which spans centuries, is always a challenge and doing so using text is tedious, according to N. Madhavan, school teacher and member of the Tamil Nadu Science Forum. “Illustrations and cartoons, therefore, become an important visual tool. It is unfortunate that this cartoon has sparked such a huge controversy. A class XI student will be ready to vote in a couple of years and we must promote critical thinking at that stage,” he said.
Students must be taught to look at an issue from different standpoints, Mr. Madhavan said, adding: “We do not know if Nehru or Ambedkar would have taken offence to this cartoon. One can never anticipate these things. Textbooks seek to engage the student and encourage them to reason things out.”
Students like M. Shreya, who is about to pursue political science for her undergraduate degree, feel textbooks should have scope for interpretation. “In our political science class in school, much of our understanding came from debates and discussions. Cartoons also bring in an element of fun. Questioning makes learning more interesting and I am all for cartoons,” she said.
‘Cartoon not relevant'
The issue is not really about curbing freedom of expression, it is about the relevance and appropriateness of the cartoon in that particular chapter on the Indian Constitution, said D. Ravikumar, general secretary, Viduthalai Chiruthaigal Katchi. “NCERT textbooks are certainly of good quality and this chapter on the Constitution deals with how it was framed, in considerable length. It also looks at how our Constitution draws upon those of other countries and it is only in the conclusion that there is a reference to a delay. In my opinion the conclusion does not go well with the rest of the chapter, and the cartoon is also irrelevant,” he said.
Clarifying that the textbook itself was good, in terms of content and interactivity, Mr. Ravikumar said the current controversy also raises questions on whether the academic committees that approve textbooks have fair representation. “The NCERT has very seasoned academics who take great care in such matters. But do the committees that review textbooks have fair representation? I am not talking only in terms of social representation, but also in terms of gender and minority representation. That is a larger question we must ask now,” he said.
http://www.thehindu.com/todays-paper/tp-national/tp-tamilnadu/article3427320.ece?css=print

Posted by Ravikumar at 12:38 AM No comments:

--
"Knowing is enough to mislead us"-  Maurice Blanchot
visit my website:
www.writerravikumar.com
http://nirappirikai.blogspot.com

Posted by Ravikumar at 11:03 AM No comments: 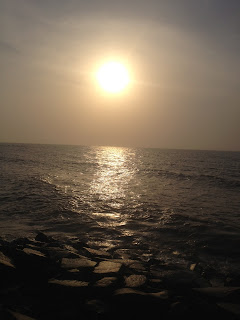 Posted by Ravikumar at 6:26 AM No comments: