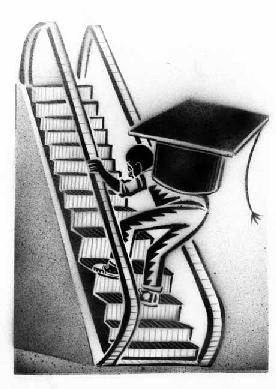 If television and newspaper coverage of the anti-reservation agitation was indulgent and one-sided, the lack of diversity in the newsroom is surely a major culprit.

MY FIRST brush with caste prejudice in higher education came in 1999, when a group of Dalit students from the University College of Medical Sciences (UCMS) came to see me at my office in another English newspaper where I worked at the time as an editorial writer.

The students were residents of the hostel and had silently borne the brunt of casteist abuse and discrimination for some time. Whether by happenstance or design, the Scheduled Caste students were confined to two floors and not assigned rooms elsewhere in the building. In the dining hall, they were forced by the forward caste majority to sit together at one end. If a Dalit student sat somewhere else, he would be abused. "Bloody shaddu," one of them was told when he sat amidst others by mistake, "you cannot eat with us."

The Dalits put up with this harassment and humiliation because, as one of their parents told them, "you have to become a doctor at any cost." But the abuse eventually turned to violence and when one of the students was badly beaten and another had his room ransacked, they decided to go on a dharna. This is also when they ended up in my office.

After hearing them out, I requested the head of the Metro section to send someone to UCMS to cover the story. I was promised a reporter would be sent soon. Several days went by but nothing appeared. It turned out no reporter was assigned. I tried again, this time going one notch higher in the editorial chain-of-command. Again there was no response. Eventually, I decided to do the story myself. I spent half-a-day at the college, interviewed the college authorities, the students on dharna as well as the general category students. One of them admitted reluctantly to using the slur `shaddu' for the Scheduled Caste students but only as a `pet name'.

I filed the story but it did not appear the next day or the day after. Nobody ever said the story was not interesting or not up to scratch but for some reason space could never be found. The story finally appeared, in a cut and mutilated form, a full month after the Dalit students began their dharna. Needless to say, the travails of the Dalit students at UCMS were not considered newsworthy enough by other newspapers or by any of the news channels.

I narrate this story because of how it contrasts with the extraordinary indulgence the national media showed the nearly month-long anti-reservation agitation of doctors and medical students at AIIMS and other colleges. Despite the 24x7 presence of TV cameras, the daily protests in favour of reservation by AIIMS doctors and staff under the banner of `Medicos Forum for Equal Opportunities' were virtually blacked out. One channel showed the counter-protest last Sunday only when a `citizen journalist' presented it with footage he had shot. Often, it was impossible to separate the breathless TV reporters from the anti-reservation doctors they were reporting about. The insensitive and casteist forms of protest some of them adopted — the `symbolic' sweeping of streets, the shining of shoes, the singing of songs warning OBCs and others to `remember their place' (`apni aukat mein rahio') — were put on air without comment by the channels. Nobody asked what kind of doctors these `meritorious' students were likely to become if they had such contempt towards more than half the population of India. And in a media discourse which routinely reports the protests of the underprivileged only as "traffic jams" and other disruptions to the "normal" life of the city, the suffering of poor patients as a result of the AIIMS strike figured largely as a footnote to the "heroic" struggle the medical students and junior doctors were waging.

Amidst the hysteria induced by the media coverage, no one cared to point out how indulgent the AIIMS authorities themselves were being towards the anti-reservation strike. Earlier this year, when a section of doctors concerned about higher user fees being imposed on poor patients sought to protest, they were warned of dire consequences. Under the terms of a High Court order, no protest or demonstration is permitted within the AIIMS campus. Yet nobody demurred when the anti-reservation students occupied the lawns, put up shamianas and coolers and received the "solidarity" of traders, event managers, and IT employees (whose employers usually ban their own staff from ever striking work.)

While there were honourable exceptions — Outlook, The Hindu , and Frontline among them, as well as individual reporters in some newspapers and channels — would the media's coverage have been more balanced had there been a greater degree of caste diversity in the newsroom and editorial boards of our newspapers and channels? Put another way, in egging the forward caste students on to oppose any extension of reservation, were forward caste editors and reporters reflecting their own personal impatience with the idea of affirmative action? Was the media coverage, then, a display of trade unionism by the privileged?

There are no official or industry statistics but every journalist is aware of the extent to which forward castes dominate the media. When B.N. Uniyal surveyed the scene in 1996, he found not a single Dalit accredited journalist in Delhi. Today, the position is unlikely to be much better. At a recent meeting of Journalists for Democracy, it was reported that an informal survey had found that the number of accredited North Indian OBC journalists in Delhi was under 10. I myself have counted the number of Muslims with accreditation to the Press Information Bureau and they barely cross the three per cent mark. In Chhattisgarh, a recent attempt to send Tribal journalists on a training programme had to be dropped because there was none.

One is not saying the absence of Dalit or OBC journalists is the product of conscious discrimination though that factor cannot be ruled out. But the reality of their absence is something the media must have the courage to acknowledge.

In an ideal world where professionalism is paramount, the caste or religious affiliation of a journalist should not matter. But journalism that has little or no space for the majority of citizens is bound to end up missing out on the complexity of the society it seeks to cover. Story ideas will not be taken up, or if taken up then covered only from a particular perspective. To be sure, many of the negative trends so evident in Indian journalism — the shrinkage of space, the lack of coverage of rural India or of the problems of poor Indians, the episodic, frenetic nature of news, the cult of the Sensex, the preoccupation with trivia and sensationalism — will not be cured by newspapers and TV channels hiring more Dalit, OBC, and Muslim journalists. But greater workplace diversity will certainly infuse a greater degree of vitality in the newsroom as wider varieties of lived experience intrude upon and clash with the largely urban, rich, forward caste Hindu certitudes of the overwhelming majority of journalists.

Far from seeing affirmative action as a threat, India's media houses should look upon the entry of Dalit, Tribal, OBC, and Muslim journalists as an opportunity to broadbase their journalism and make it more professional and authentic. Last year, Ankur and Sarai-CSDS provided teenagers in the now-demolished slum cluster of Nangla Machi with computers. The daily diaries and fly-sheets they produced even as their homes were being brought down by bulldozers is journalism of as high a quality as anyone can find in India today (Interested readers should visit the Nangla Machi site here). Certainly their writings tell us more about the reality of "slum clearance" than any of our TV channels, and in prose that is better than what one normally gets to read in our newspapers.

As the OBC and SC-ST youths who want to become doctors and engineers are saying, merit is not simply a score that can be bought by parents who have the money to invest in the most expensive education for their children. It is also about the talent that all children have within them regardless of their caste or socio-economic background. A society — or an industry like the media — which does not find a way to tap that talent will only end up impoverishing itself. Specifically, media houses must seriously think about starting internships and training programmes for Dalit, Tribal, Muslim, and OBC students interested in becoming journalists.

Reservation, affirmative action, targeted expenditure, and investment are all means of society helping people unlock their inherent talent. As pro-reservation scholars such as Yogendra Yadav, Satish Deshpande, Purshottam Aggarwal, and others have argued, the United Progressive Alliance Government's current approach is not necessarily the best one. But by conducting a shrill campaign and encouraging forward caste students to launch an ill-conceived agitation, the media themselves foreclosed the possibility of a rational debate on what the best way of building an inclusive education system really is. When the dust settles, the media should introspect and ask what they can do to make society as a whole more inclusive. Encouraging conversation and not hectoring is one way. But another is surely to diversify the newsroom by consciously bringing in those sections of society who have hitherto been excluded. There are a million stories out there waiting to be told. If only we allow the storytellers to do the telling.
Posted by Ravikumar at 11:02 PM