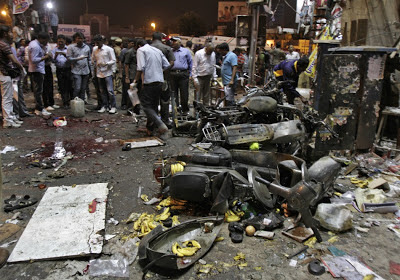 
PUCL strongly condemns the serial blasts in Hyderabad on 21.02.2013 which has resulted in loss of life and grievous injuries to many. PUCL extends its sympathies to the families of all those who lost relatives and hopes that the injured recover speedily.

PUCL re-iterates its stand that all organizations – whether State or non- state players - functioning for the people and in the public arena are accountable and answerable for their acts. PUCL appeals to all organizations to refrain from acts of mindless violence, especially when they endanger innocent persons. Violence can never offer a solution to any issue however genuine it may be.

In the past such blasts have invariably been followed by motivated targeting and illegal detention by the police of scores of educated and young members of the minority community, physical and mental torture, prosecution under as many draconian sections and laws as possible and repeated implication of the same persons in multiple cases thereby stigmatising a section of the population of the minority community who live for years with the shame of being a “terrorist”. The stigma is never erased even when prolonged trials end in acquittal the acquitted persons and their families forever live devastated lives, ostracized and feared by their own community. Such unlawful motivated police action has ended up in immense alienation and disaffection of an already traumatized community.

PUCL reiterates that the State and Central police and various intelligence agencies inquiring into the incidents should uphold the principles of fair, independent and unbiased investigation. This will strengthen rule of law and ensure investigations and interrogations in a civilized manner. Only such conduct of investigating agencies will reinforce established and accepted norms of fair and lawful investigation. We caution the police not to indulge in baselessly targeting of persons belonging to any particular community, especially those from the minority communities.

PUCL is apprehensive that the current events provide fodder for partisan politics and use of the tragedy to score political points. It is crucial that political parties respond with sensitivity and work to create a sense of confidence and amity amongst different social sections.

PUCL is concerned over some sections of the media indulging in speculative reporting and alluding to the alleged involvement of some groups, even when investigation is still underway. Such competitive posturing and motivated reporting fans communal hatred, creates mass paranoia and vitiates communal harmony.

In this time of tragedy and disturbance PUCL appeals to citizens, be they in media, political parties or state agencies, not to fall prey to rumours inciting reprisal by fanning enmity between communities.

Those guilty of this ghastly incident should be expeditiously brought to book. The situation demands that we, as a nation, should remain calm, restrained and peaceful.